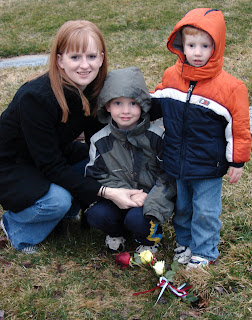 Happy Easter everyone!!  It's been a long time since I've posted, but between reformatting my computer, church, preschool, shopping, laundry, spring cleaning and everything else... I've had plenty of time to post and just haven't.  :) 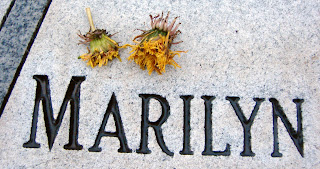 Happy Birthday to Marilyn on the 13th too!  We went up to visit her grave and take her roses for her birthday.  The boys had a lot of fun looking at all of the headstones (and jumping on them all, though I tried to discourage it) and having us read to them what was written on Marilyn's headstone.  Damien also had fun finding all the dandelion flower survivors from last year and picking them for Marilyn too.
-Emi

It appears that I'm doomed not to play any soccer games this season!  Our first game, on the 25th of February, I was too sick to play.  Our second game, on the 6th of March, I was playing just fine until I got injured in the second half.  I'm not sure exactly what happened, but I was trying to score a goal and the next thing I knew I was on the ground, my ankle in bad shape, and everyone was saying that I had scored.  (I have no idea how the ball even got in the goal!)  A couple of teammates carried me off the field and I iced my ankle until the game finished and then Michael took me to InstaCare.  They x-rayed my ankle and it wasn't broken, just a bad sprain.  So I've been hobbling around with an ankle brace all weekend and had to miss our third game which was last night.  So.... missing three games isn't the same as not playing the whole season, but it sure feels like it!  Hopefully by next Monday's game I'll be well enough to play a little bit. 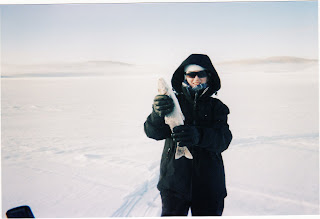 On the upside, having a sprained ankle didn't stop me from being able to go ice fishing with Dad last Saturday.  In fact, it seemed to help - we had our best day yet!  I smashed my old record by catching 15 fish, and we beat our old total record by catching 24 fish total!  That was even better than the guy right by us who is the owner of a fishing store and is supposed to be some sort of expert.  (They only caught 12 total in their whole group.)  It was a great day of fishing!
-Emi

A World of His Own

I know that all kids have great imaginations, but I'm starting to think that Damien has an extraordinary one.  He can play for hours on end with something as simple as a laundry basket, a ruler, or even just his fingers!  All to the accompaniment of his many "voices" and sound effects.  It's so much fun to just sit outside his bedroom door and listen to him creating different worlds.  Here are some recent examples... 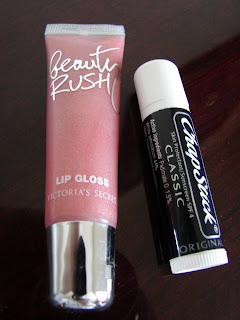 A couple of weeks ago during Sacrament Meeting Damien was quietly playing on the bench next to me.  He had pulled my lip gloss and chapstick out of my purse and was studying the difference between the two.  (He decided that lip gloss was for mommies because it was sparkly, while chapstick was for boys.)  When he got tired of that he decided that they were bad guys that kept killing each other quite dramatically.  He was still being fairly quiet so I let him play, although the couple behind us were giggling every now and then at his death scenes.  Then he decided that they were bombs that systematically exploded into each person within a six-foot radius.  That had the couple behind us doubled over trying not to laugh out loud!  Oh, and the topic for the talks that day?  Reverence. 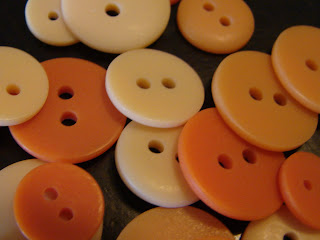 Another one of Damien's favorite games lately has been to play "kitties".  He takes one of containers of scrapbooking buttons and pretends that they are all kittens.  They fall of the table and need rescuing often and they seem to love licking my face.  One day he took them everywhere he went - in his room, to drop Johnny off at school, to the store, etc.  It was very cute, but I'm afraid he didn't end up with as many kitties as he started out with!
-Emi

Sorry for the long gap - I've been sick for (what feels like) forever!  It seems like everyone is coming down with something.  Even Damien, who confessed to us early this morning that he had thrown up in his bed.  He didn't mention it to us when he crawled into our bed in the middle of the night - no, he decided to wait and tell us after several hours of the smell wafting through our apartment.  So instead of getting in one more day of ice fishing (after being so sick I was pressured to stay at home and sleep in) I got to wash Damien's "lovely" sheets.  -sigh-
Michael's getting all ready for graduation.  He turned in his Bar exam application (which was insane!), ordered a cap and gown, and finalized his major writing requirement all this week.  It's strange to think of him not going to school anymore...  On top of all that Michael did a great job of taking care of all of us this week.  He played lots of Sudoku with me since I was confined to the bed or couch, which was great.  For those of you who don't know what "playing Sudoku" means, I'll explain.  I bought two identical Sudoku books, one for Michael and one for myself.  We pick one of the games and race each other.  It's a lot of fun and includes lots of taunting and bragging as well.  We just finished our first book and here are how the totals stand:
Beginner - Emi won 17 and Michael won 12
Intermediate - Emi won 22 and Michael won 24
Advanced - Emi won 25 and Michael won 21
Total - Emi won 64 and Michael won 57
Here's a copy of one of the hardest puzzles we raced on.  It's mine and, of course, I won.  :)  Let the taunting begin!
-Emi 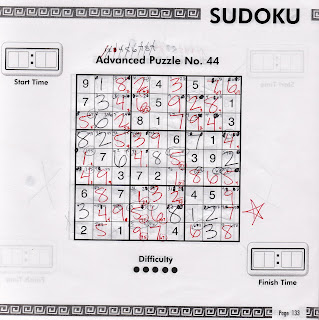 Emi
Please keep your arms and legs inside at all times and enjoy the ride!

Check out my other blog!